AJC: Neighbors warming up to benefits of land swap

*This article was written by Tyler Estep and published in the Atlanta Journal-Constitution here. Photo credits to Jenni Girtman.

The thing about a land swap is it just sounds kind of icky, no matter the specifics. And a land swap where DeKalb County gives 40 acres of existing parkland to a film studio that’s looking to expand?

Some residents admit: it felt a little fishy at first.

Now, though, after three years of discussions and negotiations and planning, the folks that live in the handful of southwest DeKalb neighborhoods most affected by the exchange say they’re excited for everything it could bring.

As part of the deal finalized earlier this month, DeKalb plans to build an amenity-filled, destination-type park to complement the lonely walking trails that currently serve residents of Boulder Walk, Cedar Grove, Starlight Heights and other local neighborhoods.

Residents are also excited about a bigger, better Blackhall Studios — one that’s tucked away a bit to the south and not spread across multiple properties intermingled with their homes. And they’re hopeful that a scaled-up studio will bring additional economic development, too — at least a nice grocery store.

“If things go as planned and they build this new giant studio complex, that brings other businesses and other entities to this area that are not dollar stores,” said Alison Clark, leader of the Southwest DeKalb Neighborhood Alliance. “We actually see meaningful growth, and that means the world to us.”

There’s a ways to go yet, and they’re putting a lot of trust in other people to do right by them. But longtime residents like Clark and Pat Culp, president of the Cedar Grove Neighborhood Association, say they’re “rejoicing” about what’s to come.

“We can’t be confident in a lot of things in life,” Culp said this week. “But our hope is that this will change our area for the better.”

Blackhall Studios came to this part of DeKalb — south of East Atlanta, just north of Bouldercrest Road and I-285 — in 2017. It currently operates nine soundstages with a total of 210,000 square feet, plus a warehouse and some offices.

Movies like “Venom” and “Godzilla: King of Monsters” have been filmed there.

CEO Ryan Millsap said the campus was “a ghost town” for about six months last year, as the film industry figured out how to operate during a pandemic. Now, he said, there’s plenty of pent up production demand.

Millsap said he never lost faith in the dramatic expansion plan at the heart of his land swap with the county.

Millsap said the soundstage expansion would give him more space than what the other large production facilities in the Atlanta area currently have put together. It would make Blackhall “the largest studio in the English-speaking world,” in terms of soundstages, he said.

It will all go up on land that, until recently, was part of DeKalb County’s Intrenchment Creek Park.

Millsap said he could’ve expanded his studio on the land he already owned, the parcels further up Bouldercrest Road that he traded to DeKalb. It would’ve saved him some headaches — while also putting his operation right in the middle of various subdivisions.

A ‘comfortable place for families’

The South River Trail at Intrenchment Creek Park does get used, especially with more folks looking for outdoor outlets during the pandemic. But, Alison Clark said, there’s an unsafe feel to it.

There’s not much in the way of security and not a lot of visibility from the street. The brush on the side of the trail is often overgrown. Ne’er-do-wells often leave behind evidence of their activities: condoms, drug paraphernalia and the like. There were bullet holes in a sign at one point.

“It’s just not a very comfortable place for families,” said Clark, who is president of the Boulder Walk Homeowner’s Association in addition to her role with the Southwest DeKalb Neighborhood Alliance.

The alliance connects 11 neighborhoods in the area and was formed around the same time the land swap was first proposed in 2018. Residents say it has given them a louder voice in the process, helped them advocate for themselves in conversations with the county and with Blackhall.

The new park that’s being planned will go up on several tracts of previously Blackhall-owned land that are contiguous with the roughly 85 acres of Intrenchment Creek Park to the west, while also connecting to Gresham Park and other greenspace to the east.

Current plans call for an ADA-accessible playground that officials say could be the biggest in the state; pavilions and other gathering spaces; a new trailhead; and a 13-acre meadow that boosters are likening to Piedmont Park. A splash pad is also in the works, thanks to a suggestion from one of Clark’s neighbors.

There will be lights and cameras and callboxes.

Community concerts and movie nights have been forecast.

Blackhall is contributing $1.6 million in cash and in-kind donations toward the park project. DeKalb County has earmarked $1.7 million in previously untapped urban redevelopment bonds for the project as well.

A park conservancy — which would be used to solicit donations for future projects — is also in the works, with residents likely to help lead the effort.

“Members of the community are going to hold the county’s feet to the fire,” Clark said. “And make sure that our interests our represented.”

‘What’s best for us’

Get off the exit at I-285 and Bouldercrest Road, he said recently, and “you got a rundown motel, you got a truck stop, you got a commercial strip that has been underutilized.” Before folks who live in the area get home, he said, they see “a lot of despair and hopelessness.”

Johnson and plenty of others are hoping the new park and a bigger footprint for Blackhall Studios will help turn things around.

Blackhall plans to partner with nearby McNair High School to add film, media and AV production to its curriculum. It’s already launched a weekly career series for local residents.

Projections are just that. But officials say the studio expansion could add more than $3 million in new tax revenue over the next decade while also creating 1,000 new jobs.

Current residents hope all those new people in the area will drive more development. Nothing dramatic, really, just the nice things that everyone wants — more retail options, something that’s not fast food, a quality grocery store.

Pushback to the land swap, they say, has been driven by outsiders.

“We are tired of people driving in from other places telling us what is best for us,” said Ingrid Buxbaum, the “unofficial and unelected mayor” of the nearby Starlight Heights neighborhood.

“What’s best for us is the same thing they have in their neighborhoods: nice safe parks and the services the park and Blackhall will bring to our communities.” 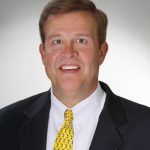 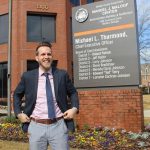 Commissioner Ted Terry: Together, We Can Move DeKalb ForwardNews