“We’re Over It”: A Letter from Emory Morsberger About Tire Dumping

By MSCIDAdmin
Posted September 16, 2020
In News
“We’re Over It”: A Letter from Emory Morsberger About Tire Dumping2020-09-162020-09-25https://www.metrosouthcid.org/wp-content/uploads/2019/08/mscid-logo.pngMetro South Community Improvement Districthttps://www.metrosouthcid.org/wp-content/uploads/2019/09/tire_removal_3.jpg200px200px

*This op-ed was written by MSCID president Emory Morsberger.

Illegally dumped tires are both an eyesore and hazard. They not only create blight but also contribute to harmful vector-borne illnesses like West Nile, Zika and dengue fever. Tires can also become an ignition source for environmentally harmful fires resulting in added air pollution. Illegally dumped tires are Atlanta’s “broken windows” and the businesses that fund community improvements are not only over it, but also want to see a change. 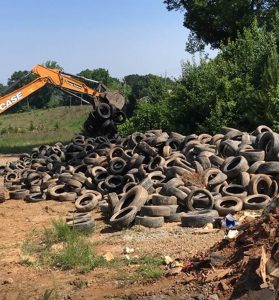 For more than 10 years, Georgia government has diverted more than $200 million in fees and assessments collected for environmental cleanups to other issues they deemed more important. Now this November, we have an option to change that.

The Trust Fund Honesty Amendment, also known as the “anti-bait-and-switch” amendment, is a proposed statewide constitutional amendment with bi-partisan support that would have positive outcomes for Georgia’s environmental health. HR 164 would allow the General Assembly to earmark funds from certain taxes and fees to the causes they promised the money would go to when they approved the levies. What does this mean? If I purchase four new tires and pay a tire disposal tax, that money would be dedicated to tire cleanup, including illegally dumped tires.

I manage a community improvement district, where commercial property owners pay added taxes to improve the district. Metro South CID, located in south DeKalb County, has shelled out more than $20,000 from their small budget to have thousands and thousands of illegal tires removed from their properties or from nearby wooded areas. Those funds would be better spent on curb and radii improvements, landscaping and maintenance upgrades, wayfinding projects, mobility studies, enhanced street lighting, increased security and interchange modifications. HR 164 would be a step in the right direction to not only help our environment but also attract new businesses, create job opportunities, and improve economic development. When New York City fixed the broken windows in Times Square the area began to thrive — and look at it now, it’s one of the most popular spots in all of Manhattan. It’s the same principle here in Atlanta.

The amendment will be on the November 3 ballot, and my Community Improvement Districts, along with District 83 Georgia House Representative Becky Evans, Fairburn Councilwoman Hattie Portis Jones and the Coalition of South Metro Elected Officials (CoSMEO) are in full support.

According to Rep. Evans, “A yes vote supports the Georgia Legislature to dedicate tax or fee revenue to the public purpose for which the taxes or fees were imposed. This means that the money paid when we buy new tires will actually go to cleaning up tire dumps!”

I would encourage voters to read up on the HR164 Trust Fund Honesty Amendment and be sure to vote on November 3 or by early voting or absentee ballot. We only have one incredible Earth to live on, and it is up to us to take care of it. 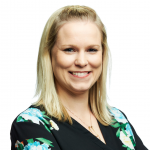 McKenney’s is Thriving During the COVID-19 PandemicNews